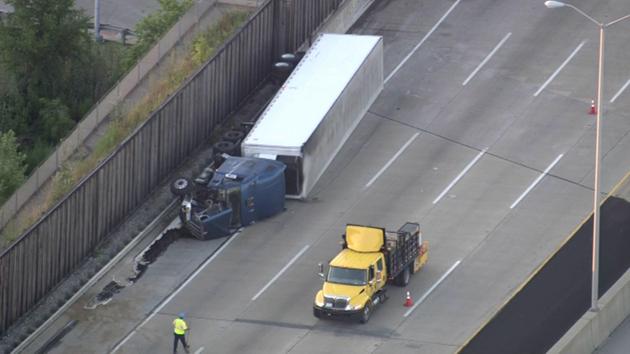 ALSIP, Ill. (July 17, 2017) – One person was killed and three others were injured after a crash involving a semi-truck on the Tri-State Tollway early Monday morning.

The crash occurred around 4:30 a.m. in the northbound lanes near 115th Street in the Alsip-Worth area. According to Illinois State Police, a semi-truck rear-ended a passenger car “for an unknown reason,” causing the car to catch fire and the semi to overturn.

The driver of the car was unable to escape the fiery vehicle and was pronounced dead at the scene. Their identity has not yet been released.

Two passengers in the car were transported to a nearby hospital with non-life threatening injuries. The driver of the semi-truck was taken to the hospital with minor injuries.

Three of the four northbound lanes were closed during the Monday morning commute while police investigated the crash.

Our firm has decades of experience helping injured victims and their families after being involved in a car accident. If you or someone you love was injured in a car accident, contact our offices today and we will conduct a comprehensive review of your case.