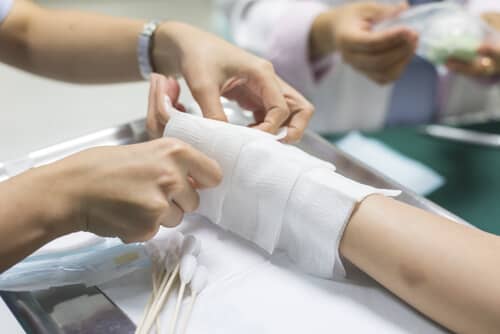 It is unknown exactly what lead to the child’s death, but Peloton CEO John Foley sent a letter to Tread+ owners Thursday, saying the warning comes after a “tragic accident involving a child and the Tread+, resulting in, unthinkably, a death,” CNN reported. He noted Peloton is “aware of only a small handful of incidents involving the Tread+ where children have been hurt.”

In 2019, the Consumer Product Safety Commission said that 2,000 treadmill-related injuries happened to children under eight.  Just last month, a 3-year-old boy suffered a significant brain injury after an incident involving a treadmill. He is expected to make a full recovery.

Peloton says they are looking to reinforce ways to warn about critical safety precautions and recommends its customers keep children and pets away from equipment at all times. Before a workout, users should ensure the area is completely clear — and once they’re done, they should remove the treadmill’s safety key, which stops the treadmill from operating.

The NIH similarly recommends positioning treadmills to face the doorway, or using a mirror to improve visibility, if children are present in the household.
The more than $4,000 Tread+ machine was designed and tested by people over 16 and weighing more than 105 pounds.
Share:
Respect. Recognition. Results.