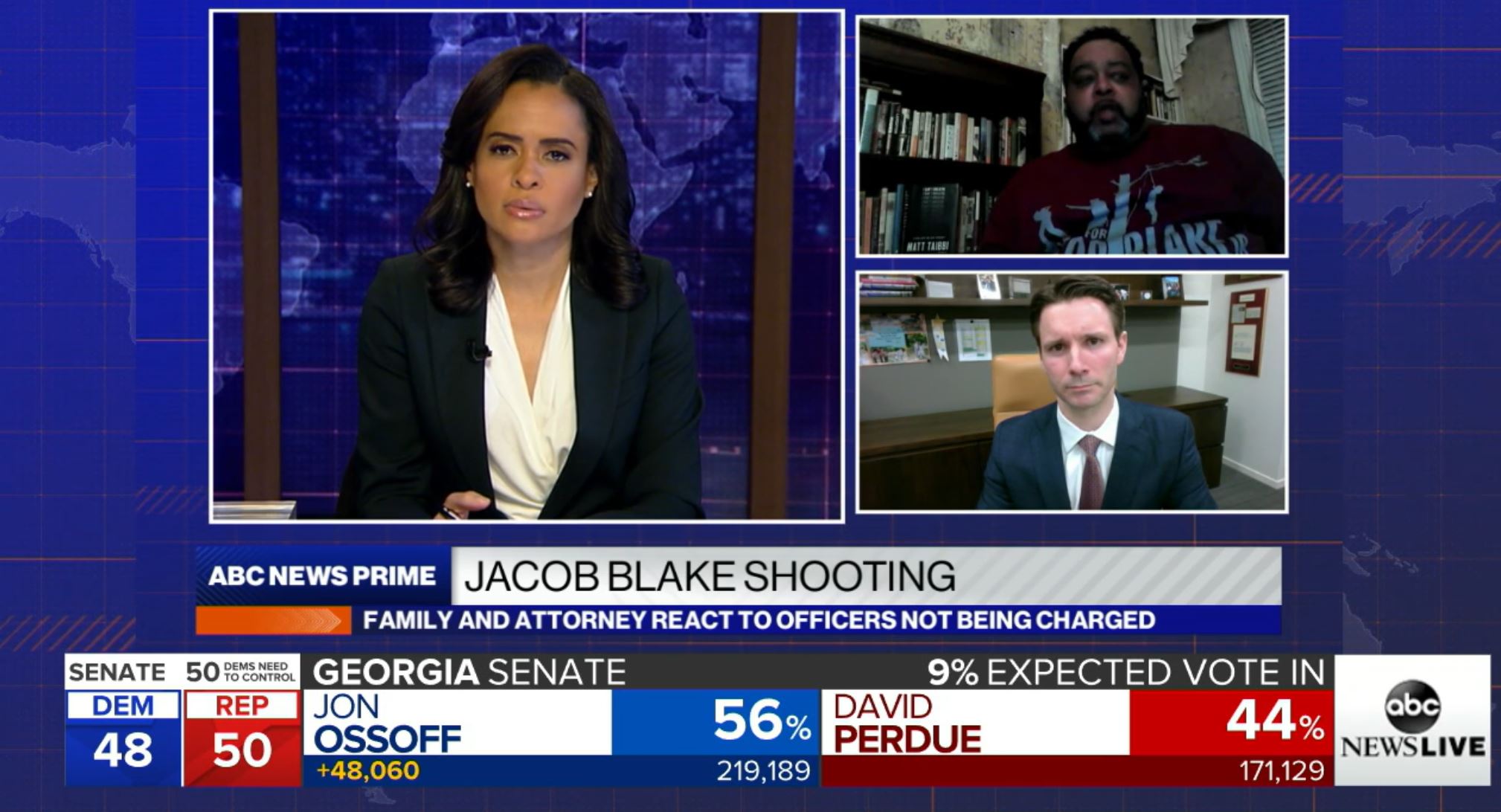 CHICAGO – Kenosha County District Attorney Michael Graveley announced Tuesday that criminal charges will not be filed against the Kenosha police officer who shot Jacob Blake several times in the back in August of 2020, leaving him paralyzed and prompting protests throughout the country.

Patrick A. Salvi II, co-counsel for Jacob Blake, was interviewed on several local and national media outlets about the charging decision and what this means for the case: