The Purpose of this Guide

You have decided that the time has come to move your mother, father or other elderly relative into a nursing home. It is a tough choice – one that thousands of people throughout Illinois must make every year as they juggle the needs of the family they are raising and those of an aging loved one.

The situation is more challenging when you don’t know which facility will provide the care and attention your loved one deserves. We hope our guide, A Family Guide to Safety in Illinois Nursing Homes, leads you to the right solution.

As Illinois' Population Ages, Challenges for the 'Sandwich Generation' Grow 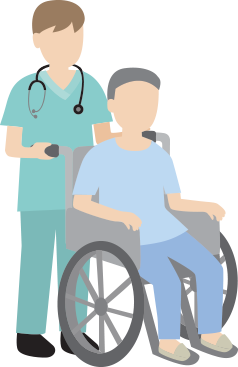 CMAP, the northeastern Illinois regional planning organization, recently analyzed U.S. Census Bureau population data from 2000 and 2010 to paint a picture of just how fast the state’s population is aging.

CMAP found an 8.8 percent increase over the course of that decade in the number of people ages 65 and older who live in Cook, DuPage, Kane, Kendall, Lake, McHenry, and Will counties.

Finding Quality Nursing Home Care in Illinois Can Be Difficult 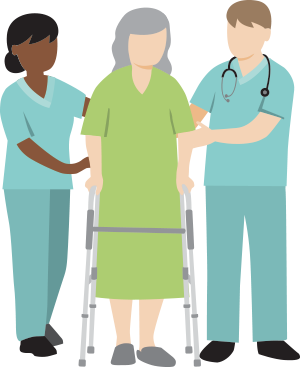 For many in the “sandwich generation,” the solution is to move an aging loved one into a nursing home facility. Unfortunately, in Illinois, it can be difficult to find a nursing home facility that can provide the quality of care and assurances of safety that a family is seeking. Problems in these facilities are widespread.

According to Nursing Home Compare, a federal government-run website that provides quality-of-care information for the nation’s Medicare- and Medicaid-certified nursing homes, more than 30,000 “deficiencies” were reported in Illinois facilities between February 2012 and May 2015. A “deficiency” is defined as a failure to meet federal standards.

Additionally, between 2010 and 2014, the Illinois Department of Public Health (IDPH) took more than 2,000 disciplinary actions against nursing homes – mainly due to violations of the Nursing Home Care Act.

How to Use Our Guide

The legal team of Salvi, Schostok & Pritchard P.C. helps families every day to cope with the problems created by the mistreatment of an elderly loved one in a nursing home. We wrote this guide to help families avoid facilities where their loved one could be exposed to mistreatment and to aid them in transitioning to a safer environment if harm has already occurred.

By using our guide, you can learn how to recognize and respond to mistreatment of your loved one in a nursing home, including identifying signs of:

Our guide explains how to report suspected abuse and neglect and take legal action. Above all, our guide can be used to find a new home where your loved one’s health and dignity will be protected, including using our checklist when you visit a nursing home facility.

We hope this guide will help you and your family to make informed decisions that will ultimately lead to the best care for your elderly loved one in the years ahead.