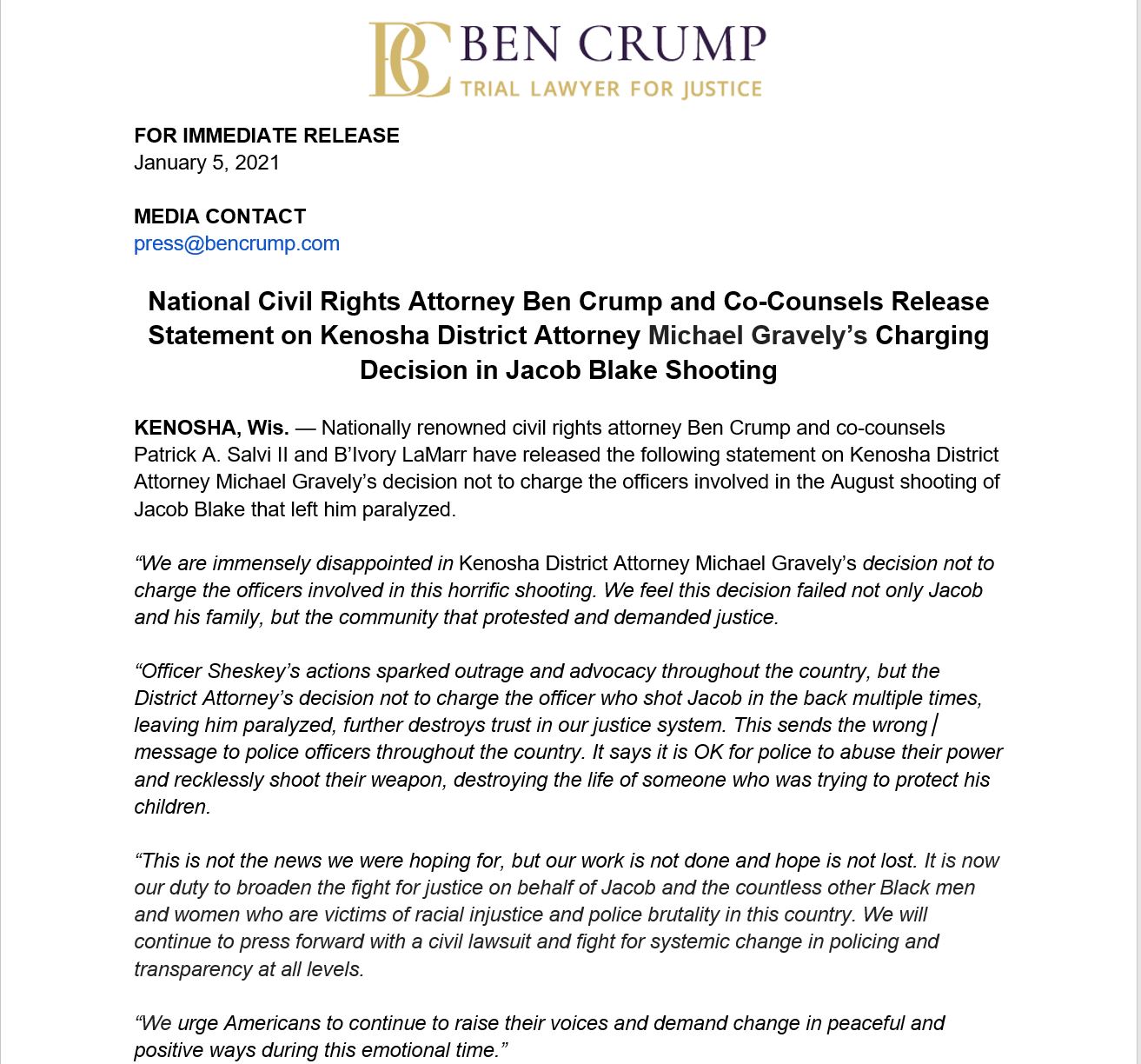 “We are immensely disappointed in Kenosha District Attorney Michael Gravely’s decision not to charge the officers involved in this horrific shooting. We feel this decision failed not only Jacob and his family, but the community that protested and demanded justice.

“Officer Sheskey’s actions sparked outrage and advocacy throughout the country, but the District Attorney’s decision not to charge the officer who shot Jacob in the back multiple times, leaving him paralyzed, further destroys trust in our justice system. This sends the wrong message to police officers throughout the country. It says it is OK for police to abuse their power and recklessly shoot their weapon, destroying the life of someone who was trying to protect his children.

“This is not the news we were hoping for, but our work is not done and hope is not lost. It is now our duty to broaden the fight for justice on behalf of Jacob and the countless other Black men and women who are victims of racial injustice and police brutality in this country. We will continue to press forward with a civil lawsuit and fight for systemic change in policing and transparency at all levels.

“We urge Americans to continue to raise their voices and demand change in peaceful and positive ways during this emotional time.”