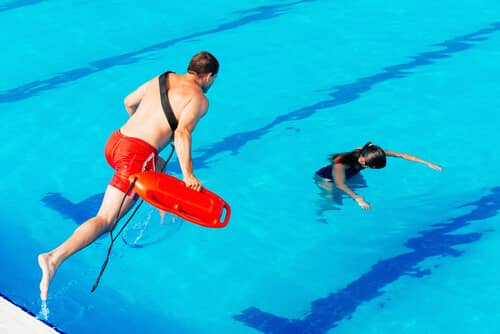 According to WBEZ, an investigation began in March 2020 after the park district’s top official and Chicago Mayor Lori Lightfoot’s office received separate complaints from two former female lifeguards alleging serious misconduct by dozens of Chicago Park District employees in the Aquatics Department. One of the women told the mayor’s office she had been sexually assaulted by a “more senior” employee when she was 17. The woman claimed “a huge incidence of sexual violence within the Park District” and said there was little support from parks officials for those who reported problems.

Last month, investigators reported to the park district’s board and two of its top officials that one veteran lifeguard likely “committed criminal sexual assault and aggravated criminal sexual abuse” in 2018. In that incident, he allegedly forced a 16-year-old female lifeguard to perform a sex act on him. In another case, investigators reported that an Aquatics Department employee sexually harassed “two junior female lifeguards” and later “sexually attacked” each of them in public swimming pool locker rooms, according to WBEZ.

A third employee was disturbingly described by investigators as “a manipulative serial sexual harasser who abused his position as a Park District supervisor to satisfy some sort of sexual desire while simultaneously protecting his job.” The man has denied allegations that he repeatedly harassed and threatened three female subordinates. But an investigation shows that in 2016, he was fired from a Chicago Public Schools lifeguarding job for making inappropriate advances toward high school students.

Records show all three men in question were placed on emergency suspension. Two of the men no longer work at the park district, and the inspector general recommended that the third be fired. So far, they have not been criminally charged. However, investigators made clear that the findings against them grew out of a “larger, ongoing, and highly sensitive review of allegations.”

The park district’s watchdog says its investigation is “wide-ranging, comprehensive and robust,” with more reports to come. When the investigation is completed, the inspector general will reportedly issue a summary report to the board president and the general superintendent.

While many employees and victims are frustrated by how long the investigation has taken, investigators said they encountered unique difficulties, including the “fear of facing retaliation” expressed by those who may have suffered or witnessed the misconduct. The investigation also has been slowed by the COVID-19 pandemic, and the fact that some people they want to interview are seasonal employees who attend college out of town.

A spokeswoman for the Mayor Lori Lightfoot’s office declined to comment, referring all questions about the investigation to the park district.

In a statement to WBEZ, park district officials would not describe the scope of the investigation or answer questions about their response to the issue, claiming “the probe was ongoing and they would comment further once the inspector general’s work is complete and released to the public.” In the statement, the park district maintains they are “committed to providing a safe and healthy work environment for all employees.”

Until WBEZ recently obtained the confidential reports, the probe transpired in secret, even as the park district is again taking job applications for a new group of summer lifeguards.

The Chicago Park District is responsible for 26 indoor pools, 51 outdoor pools, another 15 pools at schools, 23 beaches on Lake Michigan and the city’s one inland beach at the Humboldt Park Lagoon. The pools and beaches were closed due to the pandemic, but some pools have reopened for lap swimming and team sports.