Home Blog What You Should Know About Chicago Work Zone Accidents

What You Should Know About Chicago Work Zone Accidents 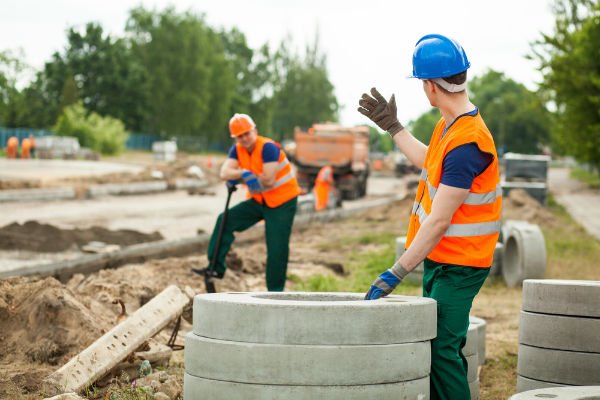 You may have driven through many Chicago-area road construction zones without much of a thought beyond making sure to slow down and watch out for workers.

However, you should know that work zone accidents happen frequently throughout Illinois and cause harm to not only workers but motorists as well.

What Is a Work Zone in Illinois? 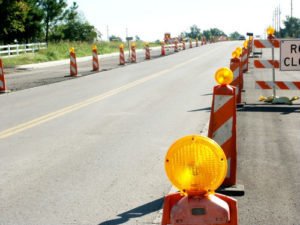 IDOT defines a work zone as an area where construction, maintenance or utility work activities are identified by warning signs, signals or other indicators, including those found on transport devices. The signs typically mark were the work zone starts and ends.

By law, Illinois drivers must slow down and yield to any authorized vehicles or workers in a road construction zone. If possible, drivers should move into a lane away from the workers and proceed with caution. Illinois law also prohibits use of cell phones in work zones. 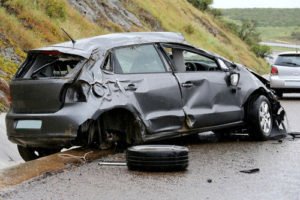 During one recent year, 3,313 work zone crashes occurred in Illinois. Those crashes led to the death of 28 people and caused a total of 983 injuries, according to IDOT.

Twenty-seven of the people killed in work zone accidents and 124 of those injured were drivers, passengers or pedestrians. Two “pedalcyclists” were injured. Only one worker was killed and three were injured.

According to IDOT, 621 of the work zone crashes involved large commercial trucks. As you may know, it is typical in a truck accident involving passenger vehicles that the passenger car occupant is harmed but not the trucker who is protected by the larger, heavier vehicle.

Nationally, the Federal Highway Administration (FHWA) states that work zone accidents make up roughly 1.6 percent of all traffic crashes. Still, that means that more than 87,000 crashes per year occur in work zones. 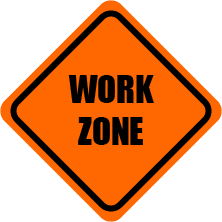 Motor vehicle accidents in construction work zones typically are caused by speeding and failing to pay attention, including distracted driving.

An IDOT work zone safety campaign is built on the slogan, “See Orange, Slow Down, Save Lives!” Orange, of course, refers to the color of work zone warning signs.

Slower speed limits are posted for work zones because of changing conditions, narrow lanes and road-edge drop-offs. Work zone speed limits are clearly posted in Illinois and should be obeyed by all motorists.

Other safety measures to be observed throughout the length of a highway work zone include:

Have You Been Injured in a Work Zone Accident in Chicago?

Even though you plan ahead and are careful in a work zone, you could still be in an accident by another driver who was careless. Some accidents are caused by problems with the design of the work zone or other negligent conduct by road construction contractors.

When you are hurt in a work zone accident because of someone else’s negligence, you have a right to seek fair compensation from insurers for your medical expenses, lost income, pain and suffering and more.

The Chicago car accident attorneys of Salvi, Schostok & Pritchard P.C., can help you after a work zone crash. We work with residents of Chicago and elsewhere in Illinois to seek compensation they are due.

Before you accept any insurance settlement for any type of motor vehicle accident, call us for a free review of your accident and associated losses.