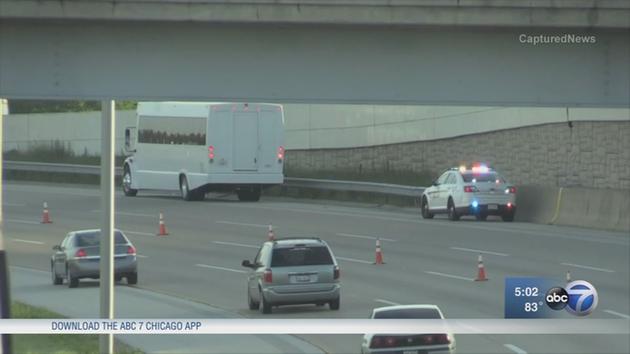 LIBERTYVILLE, Ill. (June 5, 2017) – A 27-year-old man was killed over the weekend when he accidentally fell out of a party bus and into traffic on the Tri-State Tollway. The driver who took off after hitting the man has not yet been found.

The tragic hit-and run-crash occurred around 3 a.m. Saturday morning in the northbound lanes of the Tri-State Tollway, just south of Lake-Cook Road near Deerfield.

Illinois State Police officials say James L. Larsen of Libertyville as a passenger on a rented party and had stood up to changes the volume on the radio. Larsen stumbles, went down the stairs, fell out of the bus door and onto the highway, where he was struck by a vehicle that took off.

READ MORE | Libertyville man falls out of bus, killed in hit and run

Larsen was pronounced dead at the scene. Police investigators say the bus was traveling about 70 mph at the time of the crash.

None of the 30 people aboard the bus saw the car that hit Larsen, but the bumper of the suspect vehicle was torn off during the crash, so police hope to identify the driver and vehicle from that evidence.

According to a report from ABC 7 Chicago, the party bus company, Select Limo Inc., was issued several citations, including one for unsafe equipment. Authorities are also looking into a possible door malfunction.