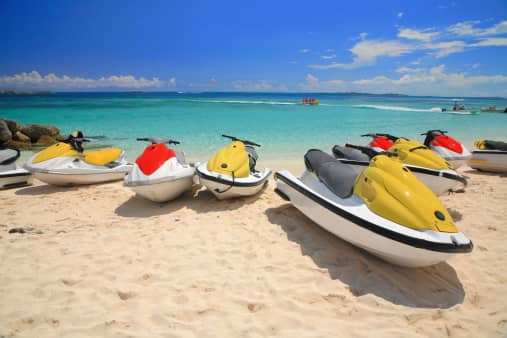 CHICAGO (June 10, 2019) – Another American tourist has died while vacationing in the Dominican Republic, bringing the total of mysterious deaths to six and prompting an investigation by the FBI.

According to a report from the New York Post, 67-year-old Robert Bell Wallace died after drinking a scotch from the minibar in his room at the Hard Rock Hotel & Casino resort in Punta Cana, the same hotel where tourist David Harrison died last year.

Wallace died on April 14, three days after falling ill in his room. Family members say Wallace was in relatively good health. Dominican authorities have yet to give the family a cause of death.

The troubling pattern of deaths emerged with news that an engaged couple from Maryland, Edward Holmes, 63, and Cynthia Day, 49, were found dead in their room at the Bahia Principe La Romana on May 30. The couple had checked in on the same day that Miranda Schaup-Werner, 41, of Pennsylvania, collapsed and died in her room after having a drink from her minibar in a neighboring hotel on the same resort on May 25. Families of all three say they died of pulmonary edema and respiratory failure.

A Colorado couple recently filed a lawsuit against the same hotel, alleging that they fell ill because of pesticides while staying at one of the chain’s properties last year. The couple says they became sick after returning to their room and it smelling like paint. Back in the United States, a doctor diagnosed the couple with “likely organophosphate poisoning.” They opted to file the lawsuit after the resort denied their request that they reveal the chemicals they use while gardening, or refund their money.

The FBI confirms it is looking into deaths on the island. Experts are also conducting tests at the Bahia Principe resort, where the first three tourists died. Another tourist death in the Domincan Republic last year is also now under the spotlight.

In addition to the deaths, a Delaware woman recently came forward claiming she was brutally attacked near a Punta Cana resort. Tammy Lawrence-Daley wrote a viral Facebook post last month, featuring graphic images of her injuries, describing how a man assaulted her and left her for dead in a crawl space near the Majestic Elegance Punta Cana back in January.

In addition, a Brooklyn woman has also detailed how her trip to paradise turned into a nightmare. Awilda Montes said she started vomiting blood after drinking a tainted soda that “smelled like bleach” from the minibar in her room at the Luxury Bahia Principe Bouganville. The strange incident left Montes with chemical burns in her mouth.

Despite the recent headlines, travel agents, government officials and Dominican natives have sought to appease travelers, stressing that the island nation’s hotels and resorts are safe and the recent incidents were isolated tragedies.