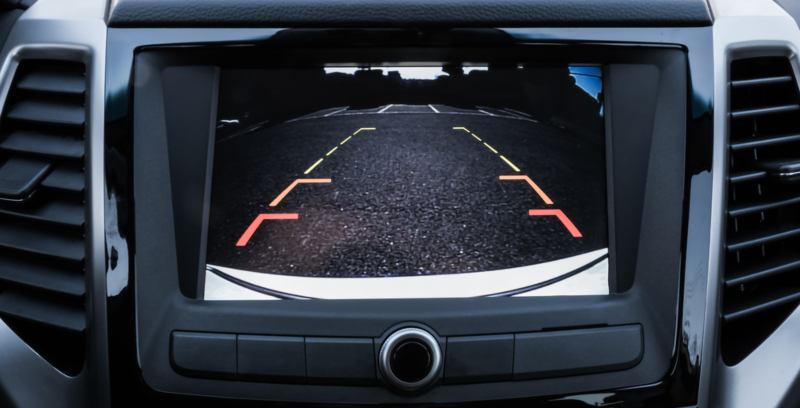 Your vehicle’s side- and rearview mirrors could be things of the past if enough members of the public support petitions from auto manufacturers that want to replace them with high-tech cameras and screens.

The National Highway Traffic Safety Administration (NHTSA) has asked for public comments on camera-based rear visibility systems, with feedback due Dec. 9, 2019, via mail, online, fax, and hand delivery, according to a notice published in the Federal Register.

The Alliance of Automobile Manufacturers, along with Tesla, Inc., and Daimler Trucks North America, have petitioned the NHTSA to amend federal motor vehicle safety standards for light and heavy vehicles. They want to supplement or replace interior and exterior rearview mirrors with camera monitor systems, called “CMS” in the Federal Register filing.

Currently, these standards require that all motorcycles, passenger cars, buses, school buses, multipurpose passenger vehicles, and trucks in the United States be equipped with one or more rearview mirrors for visibility, the NHTSA said in the filing.

Such high-tech cameras are permitted as an alternative to mirrors in most European countries under United Nations regulations, the filing states. Only two vehicle models equipped with such car cameras have been offered for sale commercially worldwide, and only one of those is in production.

These systems include rear-facing cameras mounted outside a vehicle that transmit images to interior electronic visual displays for the driver. Although the cameras could be located where traditional driver and passenger side mirrors are, their images could be relayed separately or as a combined or “stitched” image, the filing states.

Pros and Cons of Cameras vs. Mirrors 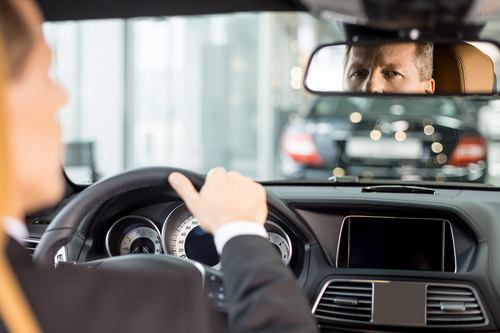 The auto industry cited improved fuel economy as the primary benefit of using cameras instead of exterior mirrors, the filing states. Daimler Trucks North America noted in its petition that the cameras could provide an “expanded field of view” and “eliminate blind spots,” but it did not include objective data or analysis, the NHTSA said in the filing.

The federal agency has expressed safety concerns about such car cameras because research on prototype and preproduction systems shows image distortion near an “intensely bright light source,” such as headlights, the filing states. What’s more, the NHTSA said research so far does not focus on human factors, such as how well drivers would acclimate to these camera systems.

An “overwhelming majority” of vehicle manufacturers currently exceed the minimum federal specifications as far as rearview mirrors and drivers’ fields of view, the NHTSA said. In fact, these requirements have been “largely unchanged” for decades.

The agency amended federal safety standards in 2014 to require that most vehicles provide a “backup camera system,” where a camera on the rear of a vehicle transmits a view of what’s behind the vehicle to a dashboard monitor whenever the vehicle shifts into reverse. Any safety concerns about CMS are “not comparable to those with backup camera systems,” the filing states.

Our Firm Cares About Your Safety

At Salvi, Schostok & Pritchard, P.C., our personal injury lawyers stay up to date on developments in motor vehicle safety regulations. If you need legal advice after a traffic collision, we invite you to call us for a free consultation.