Thousands of electric scooters to hit Chicago streets this weekend 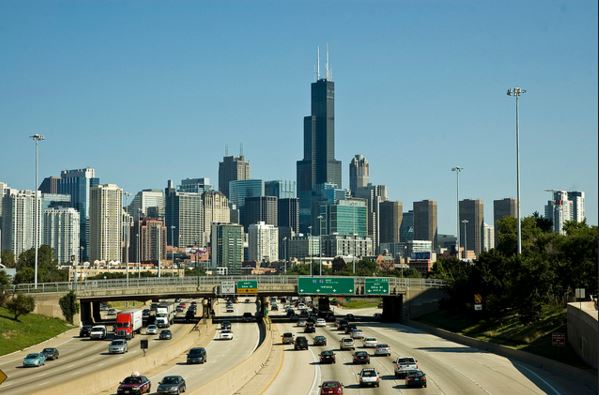 CHICAGO (June 12, 2019) – Beginning this weekend, Chicagoans will be able to choose one of the city’s new 2,500 electric scooters as a mode of transportation.

“E-scooters” are essentially push scooters with electric motors. They allow a rider to stand upright while using a throttle and brakes on the handlebar to control speed and direction. Smaller than bicycles, they’re also not nearly as fast — but as a dockless transportation system, they could be prove to be more flexible than the city’s current Divvy system.

The city announced Tuesday it would grant permits allowing scooter companies – including Bird, Bolt, grüv, JUMP, Lime, Lyft, Sherpa, Spin, VeoRide and Wheels – to operate 250 scooters each around the city for the next four months. Starting Saturday, the e-scooters will begin operating in the 50-square-mile-zone between Halsted Street and the Chicago River to the east, Irving Park Road to the north, the edge of the city and Harlem Avenue to the west and the Chicago River to the south.

During the announcement of the program, city officials said they would establish an education campaign to promote safe riding, encourage helmet use, demonstrate proper parking and riding procedures and make sure riders are aware of the program’s guidelines. Officials also included rules riders should follow while using the scooters:

During the pilot period, vendors will need to provide the city with real-time data on their operations, ridership and safety. The city says they can suspend or revoke a vendor’s permit if they fail to comply with the program’s terms.

In recent years, e-scooters have become a source of controversy, with some major cities struggling to curb the rapid increase of electric pay-per-minute scooter with bans and regulations. People in other cities who walk or use wheelchairs have also expressed their unhappiness with e-scooters on busy sidewalks. And when e-scooters stay off the sidewalks and ride in the streets, they’ve been met with hostility from drivers being forced to drive behind a slower-moving vehicle.

Here in Chicago, city officials will seek feedback during the four-month pilot period through surveys, 311 calls, vendor data and regular stakeholder meetings. After that, they will determine whether or not to make the scooters a more permanent mode of transportation in the city.