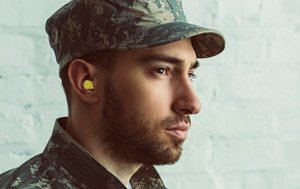 CHICAGO (March 11, 2019) – Hundreds of veterans are filing lawsuits against a government contractor that manufactured and sold defective combat earplugs to the military.

3M’s trademarked, dual-ended Combat Arms earplugs were touted as a mechanism to block out damaging combat sounds such as explosions and gunfire while allowing soldiers to hear regular noises such as talking.

The lawsuits allege the earplugs didn’t maintain a tight seal and allowed dangerously loud sounds to slip through without the wearer knowing. The failure allegedly resulted in hearing loss, tinnitus (ringing in the ears) and loss of balance in those who used the earplugs during their military service between 2003 and 2015.

According to complaints filed in the United States District Court for the Western District of Texas- Waco Division, Minnesota-based 3M Company designed the earplugs in a defective manner and failed to warn users of the defect or provide proper instructions for use.  The original maker of the earplugs, Aearo Technologies, was acquired in 2008 by 3M Company, which assumed responsibility for their products.

“You feel betrayed when something that was supposed to help keep you safe doesn’t work properly,” an Elmhurst veteran told the Chicago Sun-Times. “It feels even worse to realize that this was something the company knew about, but didn’t tell us.”

The veteran, who served in Iraq in 2006 and 2007, suffers from permanent hearing loss and tinnitus. His lawsuit alleges 3M knew of the defects as early as 2000, three years before the company became the sole supplier of earplugs to the U.S. military at the start of Operation Iraqi Freedom.

Previously, 3M agreed to pay $9.1 million to resolve allegations that it knowingly sold its earplugs to the Defense Logistics Agency but did not warn the military. In total, the company sold about 15,000 earplug packages to the military, with 50 pairs of earplugs in each package. The company discontinued ─ but did not recall ─ the earplugs in 2015.

Salvi, Schostok & Pritchard P.C. is now accepting cases for veterans and active-duty personnel who have suffered hearing loss due to defective 3M earplugs. Our attorneys have the experience and resources to take on big corporations like 3M. Contact our office today to discuss your case in a free consultation, or click here to learn more.