We are skilled advocates for individuals who have been harmed by the use of prescription drugs. Call us for help today.

When drug makers fall short in their duties, innocent consumers can suffer serious injuries. A prime example relates to Actos, a drug prescribed to control the blood sugar levels in individuals with Type II diabetes (adult onset).  Actos has been linked to bladder cancer, as well as other potential side effects such as liver and kidney damage, heart attacks, congestive heart failure, blindness, and bone fractures.

Do you suspect you have been harmed by Actos or another drug? Contact us today at 312-372-1227 for a free, initial consultation on your potential legal rights.  Don’t delay. Time is of the essence because filing deadlines apply, and valuable evidence may be lost if you do not act quickly.

Record-Breaking Case
$148
Million
Verdict On August 23, 2017, our law firm obtained a record-setting $148 million premises liability verdict on behalf of a young Lake County woman who was paralyzed from the waist down when a poorly maintained pedestrian shelter collapsed on her at O’Hare International Airport. Continue reading →
Record-Breaking Case
$50.3
Million
Verdict A Cook County jury awarded $50.3 million Tuesday to a child who suffered a severe and permanent brain injury due to a delay in the diagnosis and treatment of hypoxia (oxygen deficiency) prior to his birth. Continue reading →
Record-Breaking Case
$33.2
Million
Verdict Obtained on behalf of a young man who suffered severe injuries in a Lake County accident. It remains the largest jury verdict in Lake County history. Continue reading →
view all Case Results

FDA Warning On Actos Side Effects

Actos is manufactured by Takeda Pharmaceuticals of Japan and marketed in the United States by Eli Lilly & Co.

Since it was first approved by the Federal Drug Administration in 1999, doctors have widely prescribed Actos. According to the FDA, more than 2.3 million people filled prescriptions for Actos in 2010.

If you or a loved one is taking or has taken Actos (pioglitazone hydrochloride) and have suffered bladder cancer or any other injurious side effects, you may have a legal claim against the maker and distributor of the drug. You might be entitled to monetary compensation for your medical expenses and pain and suffering because of Actos’ side effects.

In June 2011 the FDA issued a warning about the increased risk of bladder cancer for individuals who have been taking Actos for more than one year. 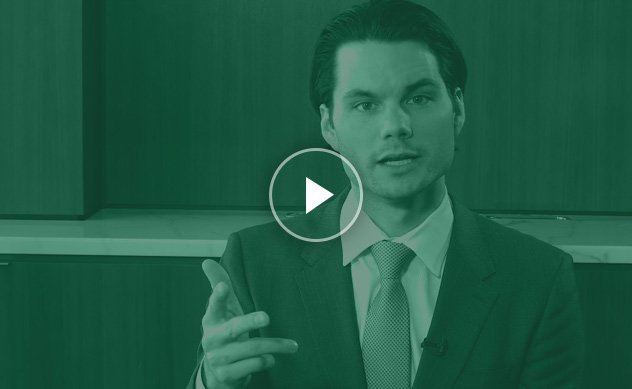 Signs of bladder cancer include:

If you have any of these symptoms, you should immediately seek medical attention.

When a doctor prescribes a drug to treat or prevent illness, you should be able to expect the drug to work as intended. At the least, you want to feel confident that all possible complications and side effects associated with the drug are known and it is safe to take it. Unfortunately, that’s not always the case.

Defective and dangerous pharmaceuticals are a major problem in Illinois and across the country. The danger can come from the composition of the drug and from the way it is marketed to doctors and patients.  In a rush to make a profit, drug manufacturers may put drugs on the market without completing proper tests or disclosing known risks.

If you believe that you or a loved one has been harmed by a defective drug, it’s important to seek legal help right away. A prescription error lawyer from Salvi, Schostok & Pritchard P.C. will investigate injuries and deaths caused by faulty prescription drugs and pharmaceuticals.

To schedule a free and confidential consultation, call us today toll-free or use our online form. We can discuss your legal rights and options.

A prescription error lawyer can help you pursue compensation for injuries relating to a variety of defective drugs and medical products, including (but not limited to):

Defective Drugs and Dangerous Medication Cause Injury and Death

The consumer watchdog group Public Citizen says more than 1.5 million people are admitted to hospitals in the U.S. each year due to adverse drug reactions. More than 770,000 other patients suffer adverse reactions to pharmaceuticals after they are hospitalized. More than 100,000 of these patients end up dying because of drug-related injury or illness.

The U.S. Food and Drug Administration (FDA) is the federal agency that regulates the prescription drug industry in the U.S. Before a drug makes it to the market, the drug manufacturer must, in most cases, conduct clinical trials. The drug application must then be reviewed by the FDA. If the FDA determines that the benefits of the drug outweigh the risks, it will approve the drug for market.

But this drug-approval process has its flaws. The FDA’s system is built on trust. The manufacturer may betray this trust by concealing findings or downplaying risks.

Problems with the FDA Approval Process

One example of the FDA’s flawed approach is its Abbreviated New Drug Application (ANDA) for the approval of generic drugs. Generic drug manufacturers are generally not required to provide preclinical (animal) and clinical (human) trial data to establish a product’s safety and effectiveness. Instead, “a generic applicant must scientifically demonstrate that its product is bioequivalent (i.e., performs in the same manner as the innovator drug).”

When the FDA learns of drug injury and illness caused by a prescription medication, it may order changes to the product’s label changes and/or issue a warning. In some situations, the manufacturer may voluntarily recall the drug or be forced by the FDA to issue a prescription drug recall. However, by that point in time, millions of people may have been adversely affected.

The FDA published more than 40 drug recall notices on its website in 2011 and about 40 more in 2012. The FDA notes on the web page that, “The recalls on the list are generally Class I, which means there is a reasonable probability that the use of or exposure to a violative product will cause serious adverse health consequences or death.”

When a patient suffers adverse side effects from a defective drug, the consequences can be tragic. The condition the drug was intended to address may worsen. Additional illness may be caused by the initial drug-related injury, such as heart, kidney or other organ failure, or cancers caused by the drug. The patient may need to endure extensive hospitalization. A family may lose a loved one. Emotional harm often accompanies the patient’s physical suffering.

Patients injured by a dangerous drug, or those who lose a family member, may be able to seek compensation through a product liability lawsuit. There may be several reasons why the pharmaceutical company should be held liable, including:

A dangerous drug lawsuit can be filed in either a state or a federal court. Because drug-injury cases often affect patients and families in multiple areas across the U.S., a class-action lawsuit may be more appropriate than an individual lawsuit. An individual’s lawsuit may be consolidated with other claims during pretrial proceedings in a process called “multidistrict litigation.” Even though many patients may be involved in a legal action against a pharmaceutical company, it’s important that each case receives the individualized attention it deserves.

The Chicago prescription errors attorneys at Salvi, Schostok & Pritchard P.C., are investigating legal claims related to the side effects of Actos, including bladder cancer. We can analyze the facts of your particular situation and advise you about what legal steps you should take next.

If you believe that you or a loved one has been harmed by a Bard IVC filter, the defective medical device lawyers of Salvi, Schostok & Pritchard P.C., want to help. You may be entitled to compensation for the harm you have suffered. We can explain your legal options.

If you or a loved one of yours took Actos and developed bladder cancer, contact Salvi, Schostok & Pritchard P.C., today at our toll-free number or through our online form.

antidote. If you took Pradaxa and suffered uncontrollable or excessive bleeding, heart attack or acute coronary syndrome, contact Salvi, Schostok & Pritchard P.C., today at our toll-free number or through our online form. We are investigating legal claims related to Pradaxa’s side effects.

If you or a loved one of yours has developed abnormal heart rhythm or other cardiac issues after taking Zithromax (azithromycin), you can contact us online or by phone.