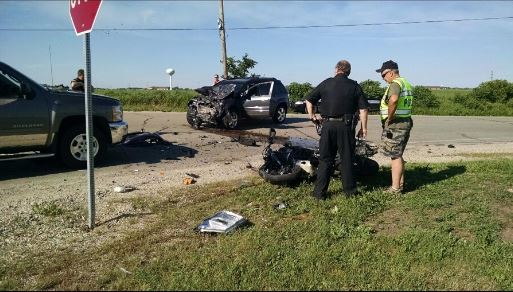 Victim did not sustain head injuries in catastrophic crash due to helmet.

On the afternoon of June 8, 2016, Clayton Oates, who was 24 years old at the time, was driving his motorcycle on a country road in Kane County when a 73-year-old woman driving an SUV made a left turn in front of him.  The impact of the crash left Mr. Oates in critical condition and both his legs were amputated at the knee.

“Drivers should always be cautious of their surroundings, especially when encountering a motorcyclist because the injuries can be so catastrophic,” Oates’ attorney Jennifer L. Ashley said. “Mr. Oates’ survival is a testament to the importance of wearing a helmet. Clayton had no head injury whatsoever due to the fact he was wearing a helmet,”

For more information on this settlement or to schedule an interview, please contact Marcie Mangan at mmangan@salvilaw.com or (312) 372-1227.