Under the Illinois Abused and Neglected Long-Term Care Facility Residents Reporting Act, “abuse” is defined as “any physical injury, sexual abuse or mental injury inflicted on a resident other than by accidental means.”

A report by the Illinois Department of Public Health (IDPH) shows that an alarming number of nursing home residents within our state may be subjected to this type of mistreatment.

“Abuse” is defined as “any physical injury, sexual abuse or mental injury inflicted on a resident other than by accidental means.”

The agency reports that, between 2011 and 2013, it received more than 6,000 complaints about mistreatment of residents in our state’s nursing homes, including allegations of:

Unfortunately, many nursing home residents are too afraid, intimidated or embarrassed to report abuse to the facility’s administrators, health officials, police officers – or even to their own family members. In some cases, a nursing home resident may suffer from a physical or mental disability that prevents them from communicating to others that abuse is taking place.

In fact, the National Center for Elder Abuse (NCEA) estimates that about 84 percent of abusive situations involving elderly adults are unreported or unrecognized.

If you have moved your elderly loved one into a nursing home, the reality is that it will be up to you to pay close attention to the treatment they are receiving. You should understand the different types of abuse that can occur and know how to recognize whether your loved one is, in fact, being subjected to such abuse.

Physical abuse can involve slapping, punching, grabbing, shoving, kicking and other acts of violence. It may also involve the use of restraints such as gags or ties around the wrists or ankles or chemical restraints such as powerful antipsychotic medications. Withholding food or liquids from a resident as a means of “punishment” may also be a form of physical abuse. It may be inflicted on nursing home residents by staff members, including nurses, or even by fellow residents.

Signs of physical abuse include: 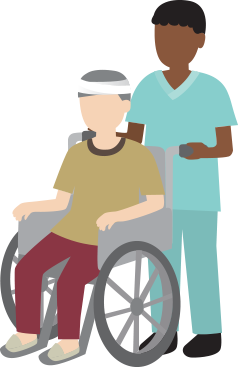 Emotional / psychological abuse can cause as much harm as physical abuse. It involves the infliction of emotional anguish or distress on a nursing home resident through verbal or non-verbal acts.

Emotional abuse may include a wide range of actions, including harassing, threatening or intimidating a resident. It may also include shaming, demeaning or humiliating a resident or isolating him or her from other residents, activities or family members.

It may be difficult to recognize the signs of emotional abuse. Instead of looking for scars or bruises, you need to be on the lookout for signs such as: 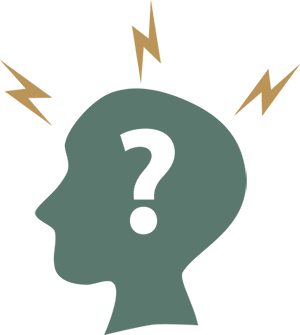 Sexual abuse may involve sexual contact without consent or forcing a resident to witness sexual acts or pornography. The victims may be male or female. A nursing home’s failure to conduct proper criminal background checks of staff members could lead to patients being exposed to sexual predators.

Potential signs of sexual abuse in a nursing home include:

If you have observed any of these “red flags” when visiting your elderly parent or other relative in a nursing home, please see our section on “How to Report Nursing Home Abuse and Neglect in Illinois.”