The Illinois Nursing Home Care Act and federal Nursing Home Reform Act place many responsibilities on nursing homes in Illinois. The goal of these laws is to ensure that residents are treated with dignity and that their rights to privacy and self-determination are respected. Above all, the laws serve the purpose of promoting the safety and health of those who reside in nursing homes.

As you assess the care that your loved one is receiving in a nursing home, you should pay attention to whether the facility’s staff, administrators and owners are living up to their legally mandated duties under state and federal laws. In addition to ensuring that a resident’s rights are respected – please see our section on “Understanding the Rights of Illinois Nursing Home Residents” – a nursing home must specifically:

Who Holds Nursing Homes to Their Responsibilities?

The Illinois Department of Public Health (IDPH) is the state agency that is in charge of ensuring that the state’s nursing homes comply with state laws. The agency conducts more than 1,300 on-site inspections, or surveys, and responds to more than 6,000 complaints each year.

These violations fall into the following categories (from most to least serious in terms of the conduct involved and resulting sanctions and fines imposed):

In addition to ensuring that nursing homes comply with the Illinois regulations, the IDPH works with the U.S. Department of Health and Human Services for Medicare and Medicaid Services (CMS) to ensure that facilities that participate in Medicare or Medicaid meet their responsibilities under the Nursing Home Reform Act of 1987. A nursing home’s violation of federal regulations, or a “deficiency,” can lead to sanctions and fines as well.

Unfortunately, data from the Nursing Home Compare website indicates that numerous facilities throughout Illinois fail to meet their responsibilities. Between February 2012 and May 2015, more than 30,000 deficiencies were reported in Illinois nursing homes.

If you believe that a nursing home has failed to live up to its responsibilities, and your loved one has suffered harm as a result, you should report it immediately and speak with an attorney. Please see our section on “Reporting Nursing Home Abuse and Neglect in Illinois” for more information. 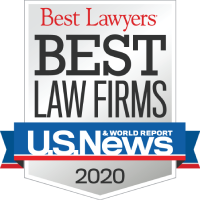