If you observe signs that your loved one is being abused in an Illinois nursing home, your next step should be to report it to your local Long-Term Care Ombudsman or the Illinois Department of Public Health (IDPH). What can you expect to happen after you make your report?

The following is a step-by-step description of how the IDPH will review your complaint, investigate it and – if needed – take corrective action against the nursing home.

Any nursing home that is in violation of nursing home regulations is deemed under Illinois law to be a “public nuisance.” 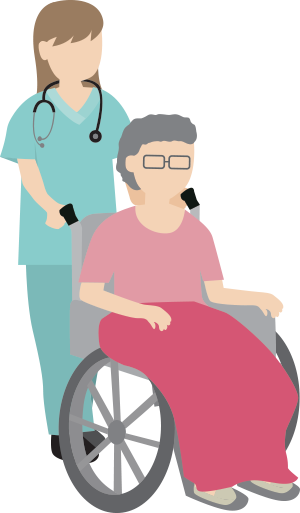 While the IDPH process is taking place, you should consider:

We conclude this chapter by discussing the approach a lawyer may take if you pursue a civil claim based on the suspected abuse or neglect. (In our next chapter, we discuss what you should consider when moving your loved one to a new home.)

How IDPH Investigates Reported Cases of Abuse or Neglect

Illinois law gives the IDPH the authority to license nursing homes in our state. As a result, IDPH can investigate complaints involving its licensed facilities and take action if its finds a violation of nursing home regulations.

Here’s how the process works:

First, after getting a complaint, the IDPH must start an investigation within:

It’s important to know: IDPH will not disclose your identity as the complainant. Also, neither you nor your loved one can be subjected to any transfer, discharge or other form of retaliation simply because you made a complaint.

The more information you provide in your complaint, the easier it will be for IDPH to respond to it and conduct its investigation. You can expect this investigation to involve an on-site inspection that includes:

Within 10 days after the IDPH determines whether a violation has occurred, it will send a notice to the nursing home (and you should get a copy, too, if you gave your name and contact information to IDPH).

A nursing home violation can fall within four categories, depending on the nature of the condition or occurrence that gave rise to the violation: 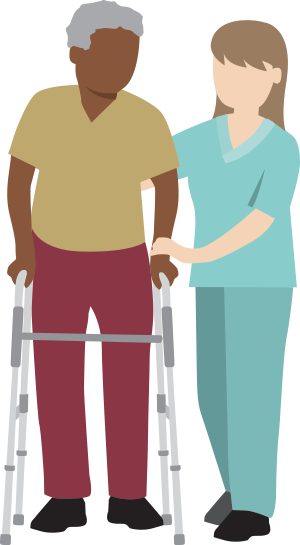 The IDPH can take administrative actions that include:

Any nursing home that is in violation of nursing home regulations is deemed under Illinois law to be a “public nuisance.” The Attorney General has the power to seek an injunction. This could stop a nursing home from its abusive or negligent practices, or it could stop the facility from operating in any capacity.

As part of this hearing, a hearing officer can compel a nursing home to produce records or other documents. It can also compel people to testify under oath. The record and transcript in this hearing may be useful later on in pursuing a lawsuit.

If a nursing home licensee, owner or administrator or others fail to comply, it can be held in contempt of court. You may participate and be represented by a lawyer at this hearing.

How Pursuing a Nursing Home Abuse or Neglect Claim Would Work