How to Get Involved in Nursing Home Abuse and Neglect Issues

If you are concerned about the quality of care that nursing home residents receive in Illinois – especially your mother, father or other elderly loved one – you should get involved with efforts to improve the situation.

As history shows, you and others like you can make a difference.

Grassroots efforts by nursing home residents, their families and advocacy organizations such as Illinois Citizens for Better Care actually led to the landmark Nursing Home Care Reform Act of 1979.

More recently, that same style of grassroots advocacy resulted in the Nursing Home Safety Act of 2010, which enacted several important reforms such as:

Additionally, due to a push by patients and families – and Attorney General Lisa Madigan – another nursing home safety measure could be signed into law.

On the last day of the most recent Illinois General Assembly session, both the House and Senate passed a law that would make Illinois the fourth state in the country to allow families to install audio and video monitoring devices in their loved one’s nursing home room.

The bill, H.B. 2462, is aimed at deterring and catching abuse and neglect. Hopefully, knowing they could be caught on camera, nursing home staff members will refrain from mistreatment of residents. If they do engage in wrongful activity, the cameras can provide clear evidence in criminal investigations, administrative actions and civil lawsuits.

This bill provides a solid example of how your voice can be heard by lawmakers and lead to meaningful reforms that will ultimately benefit your loved one. 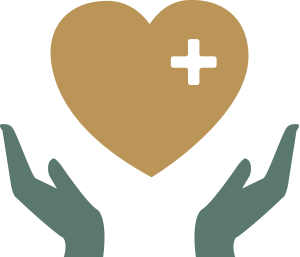 If you would like to become more involved with nursing home reform efforts, the following is a list of national and Illinois-based advocacy organizations:

While issues such as placing cameras in nursing home residents’ rooms tend to garner a lot of media attention, there may be other important nursing home reform bills that are pending in the legislature that fly under the media radar.

If you would like to learn more legislation impacting nursing home residents in Illinois, go to the Illinois Department of Aging website and check out its legislation updates.

Another excellent source for information – on a national level – is the National Center on Elder Abuse (NCEA), which is actually a part of the Administration on Aging within the U.S. Department of Health and Human Services.

Of course, you can keep track of the latest bills impacting the lives of nursing home residents and their families in Illinois by simply going to the Illinois General Assembly website, which allows you to search for bills by keyword.

The ILGA website also features directories for House and Senate members. Look up your local representative and contact him or her if you want your voice to be heard on issues that concern you and your elderly loved one.